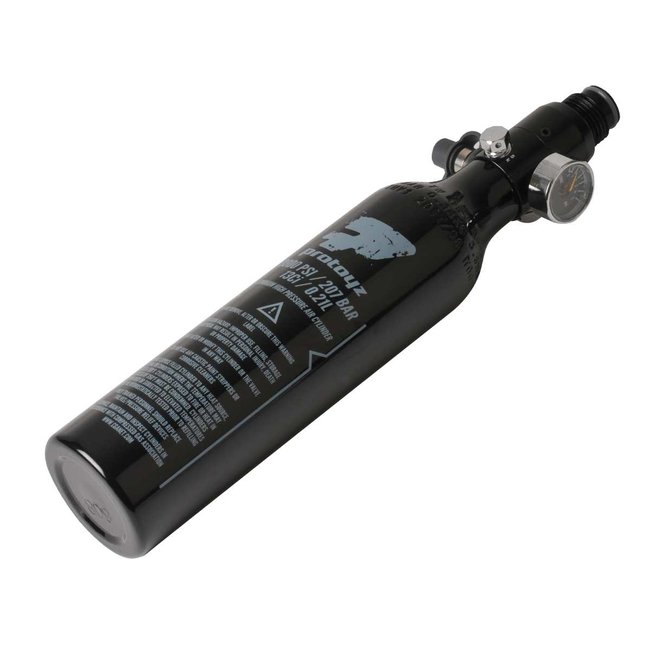 For use on various airguns that allow HPA setups. Read more..

These bottles can also be used on the SIG SAUER VIRTUS PCP, however they are 15mm longer than the standard Virtus bottle, and are 490g rather than 470g.
They do however have a slightly larger capacity, (210cc rather than 190cc), giving you a few more shots.

In BEST Fittings tests they found that the standard Virtus Bottle runs at a slightly lower pressure than ours, sub 1050psi, perhaps giving a less consistent shooting as the pressure drops away.

For use on various airguns that allow HPA setups.