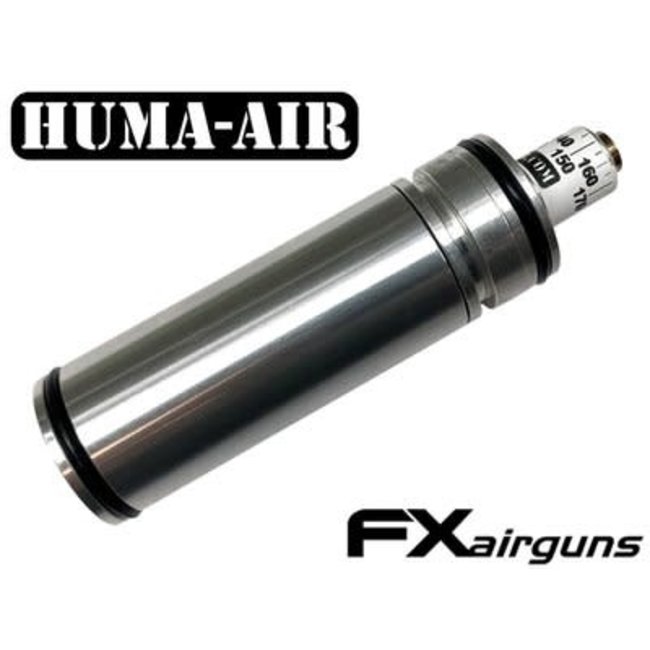 Huma-Air Power Plenum XL Set With Tuning Regulator for the FX Dreamline (tube version) This set is the biggest available and adds 30CC of regulated air to the existing air volume. Read more..

This Power Plenum XL Tune Set with regulator for the FX Dreamline can be placed into the pressure tube within a minute and replaces the original regulator. It adds 30CC of volume of regulated air, what will give you the perfect base for a power tune of your FX Dreamline and is the biggest plenum available in the Dreamline series. The set comes with Huma-Air FX Dreamline tuning regulator for maximum consistency over the total pressure range of the pressure tube and solves all the known issues of the original regulator.
(if you have previously bought a power tune Huma-Air regulator for your Dreamline; The Power Plenum XL is backwards compatible with our previous models regulators and also available here without the regulator)

The benefits of the Huma-Air Power Plenum XL Set With Regulator for your FX Dreamline: