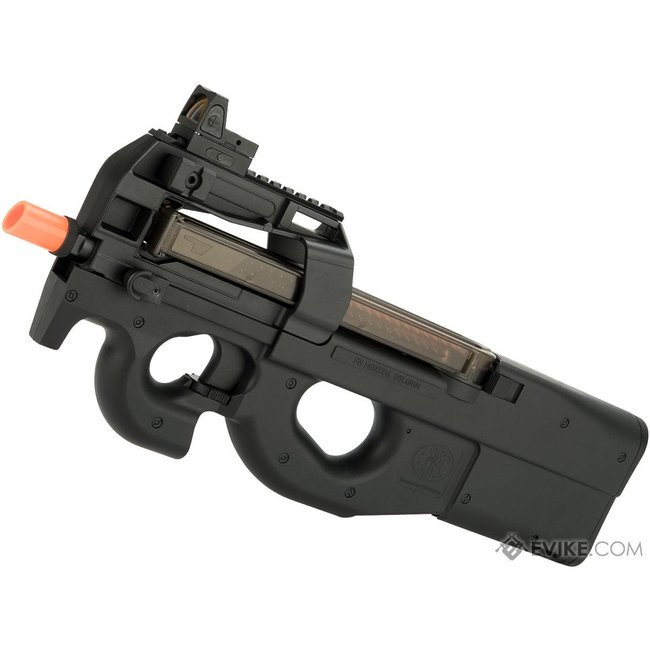 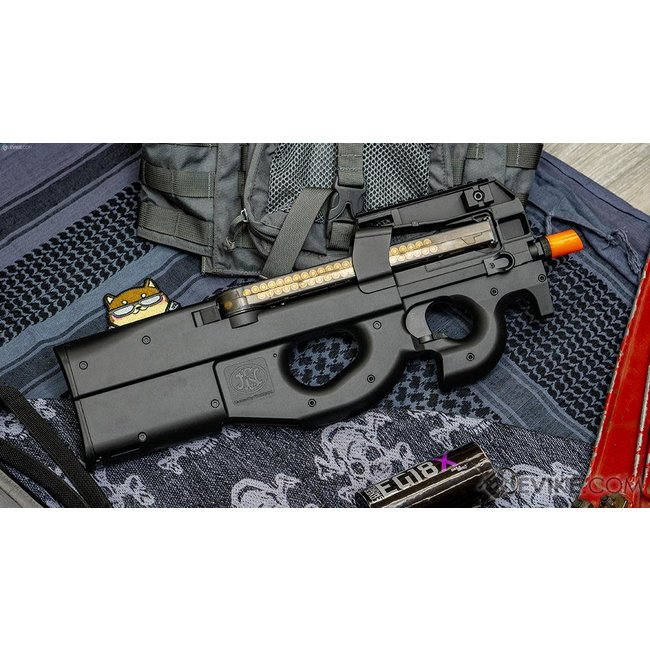 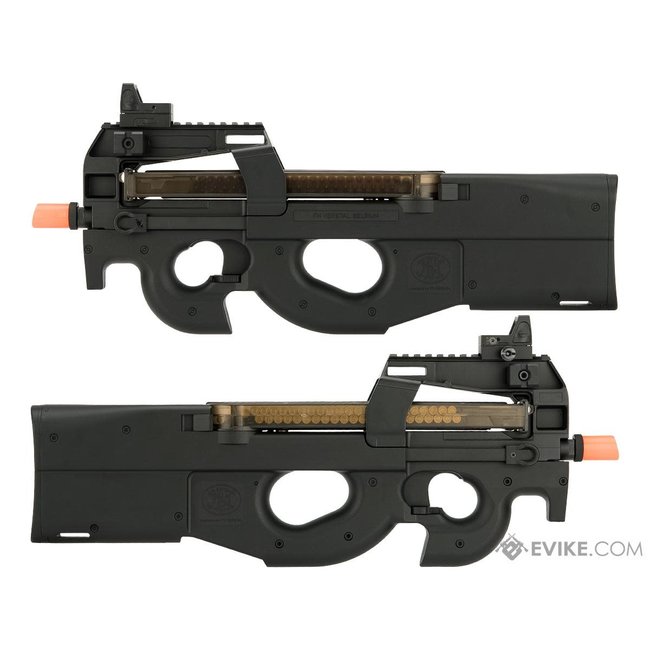 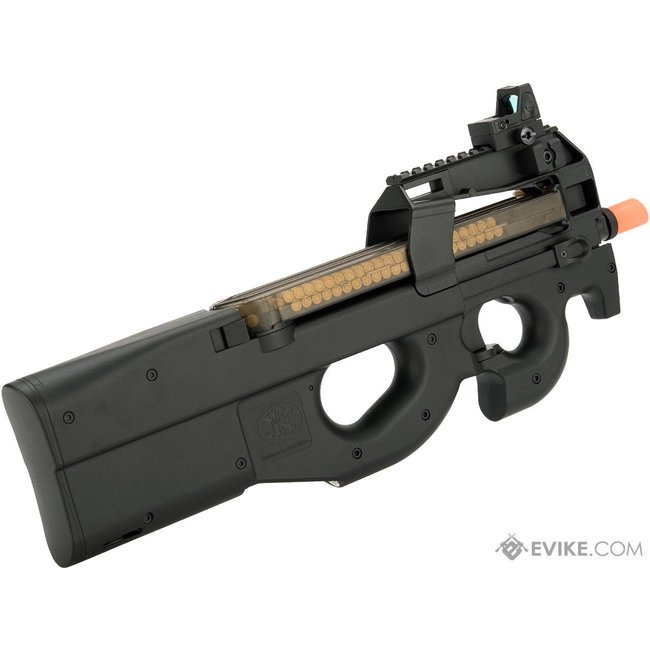 Developed in response to NATO requests for a compact but effective firearm for vehicle crews, support personnel, special operations, counter-terrorist units, and crew served weapon operators, the FN-P90 manages to excel in many of the categories FN-Herstal set out to achieve. The futuristic Personal Defense Weapon (PDW) / Sub-Machine Gun (SMG) entered production in 1990 and began service starting in 1991 and is continued to be used by militaries, law enforcement, and special operation groups around the world today. Chambered in the 5.7x28mm cartridge, the weapon far surpassed the 9x19mm weapons in performance and handling. The small caliber boasted greatly improved velocity at only half the weight of standard 9x19mm cartridges thus allowing the user to carry a great deal more ammunition into combat. Additionally, more rounds can be loaded into a magazine thanks to the cartridges relatively small diameter. Due to its incredibly high velocity, the 5.7x28mm cartridge fires at an exceptionally flat trajectory with roughly 30% less felt recoil which greatly improves accuracy even under fully automatic fire. The FN-P90s design came about after extensive ergonomic research; its small profile makes it ideal for tight, confined spaces as well as for personnel who require a concealable weapon. Featuring true-fully-ambidextrous controls, the FN-P90 is the first of its kind to be right handed and left handed shooter friendly without any modification or re-configuring of the firearm. The weapons charging handle, magazine release, and back up sights are symmetrically distributed on both sides of the firearm; the safety / fire control is located at the base of the firearms trigger which can be easily accessed with the thumb or index finger. The weapon also uniquely ejects spent casings downwards away from the users face which makes for a much more pleasant shooting experience when needing to transition from left to right and vice versa.

The FN Licensed Airsoft P90 accurately replicates the great handling and ergonomics of the real P90 with its fully ambidextrous control layout and comfortable grip. Just like the actual P90, the FN Licensed Airsoft replica consists of a durable reinforced polymer frame with metal barrel and upper assembly. Despite its small size, the P90s bullpup design allows for a considerably longer barrel than most sub-machine gun class weapons for improved range and accuracy. Fast, lightweight, and compact, the P90 is one of the most effective weapons for CQB and room clearing.

This is excellent for budget speedsoft! I got this for any additional friends that might join me in the game. Everyone has been very happy playing with this guy. It performs very well. Worth a buy to be sure.

This is excellent for budget speedsoft! I got this for any additional friends that might join me in the game. Everyone has been very happy playing with this guy. It performs very well. Worth a buy to be sure.