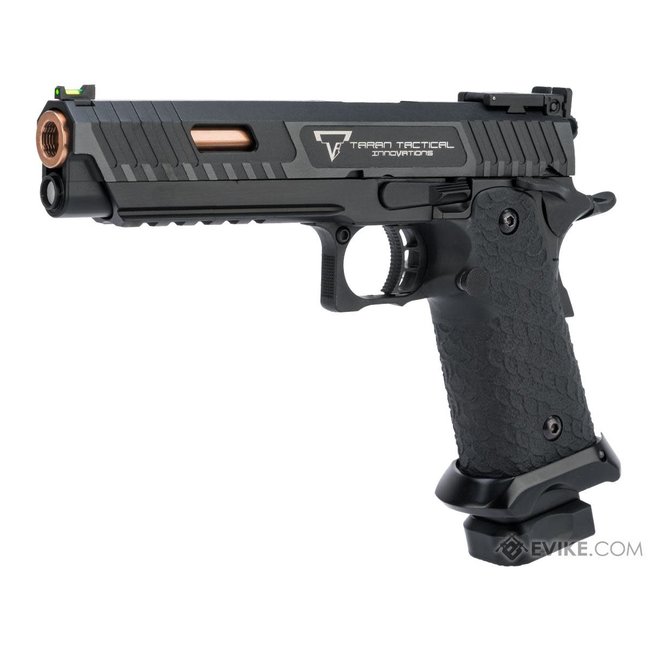 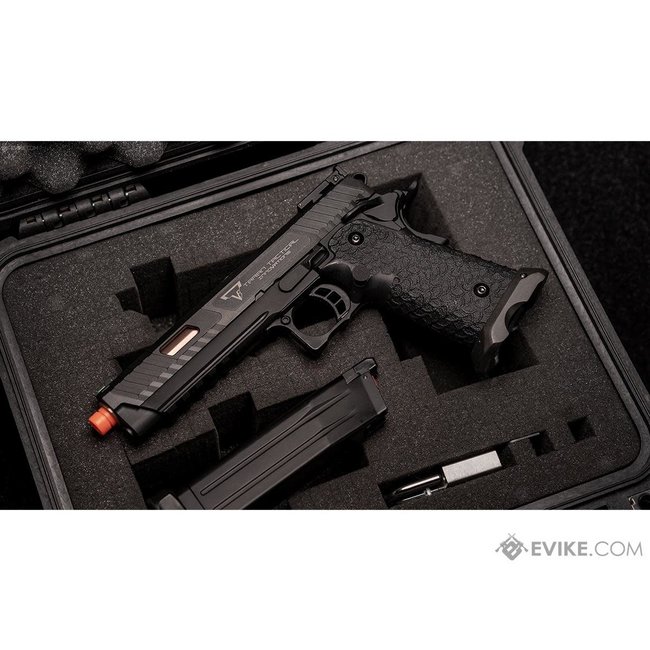 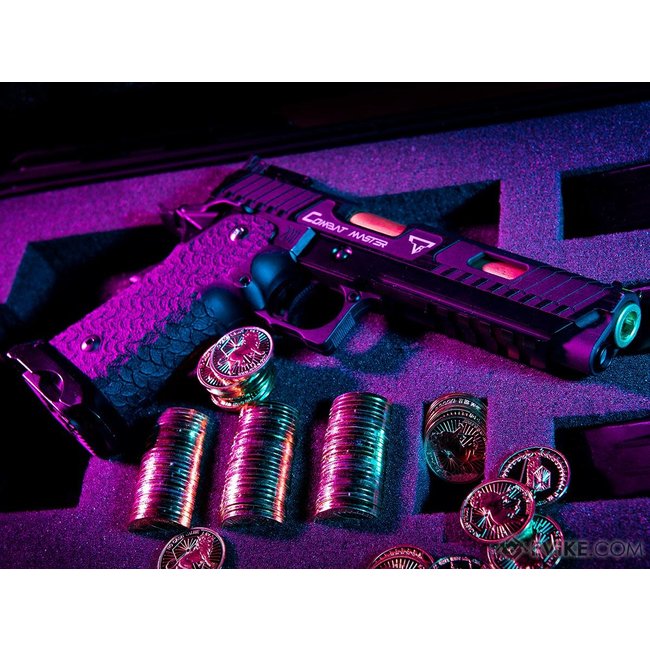 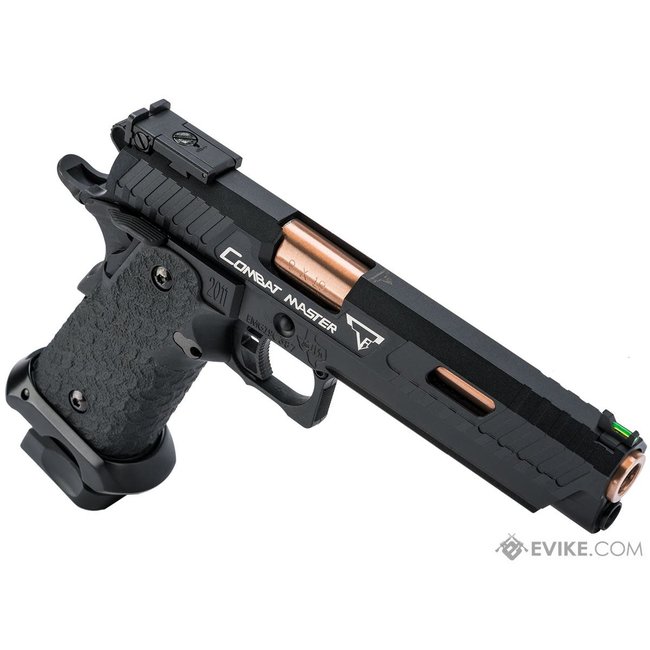 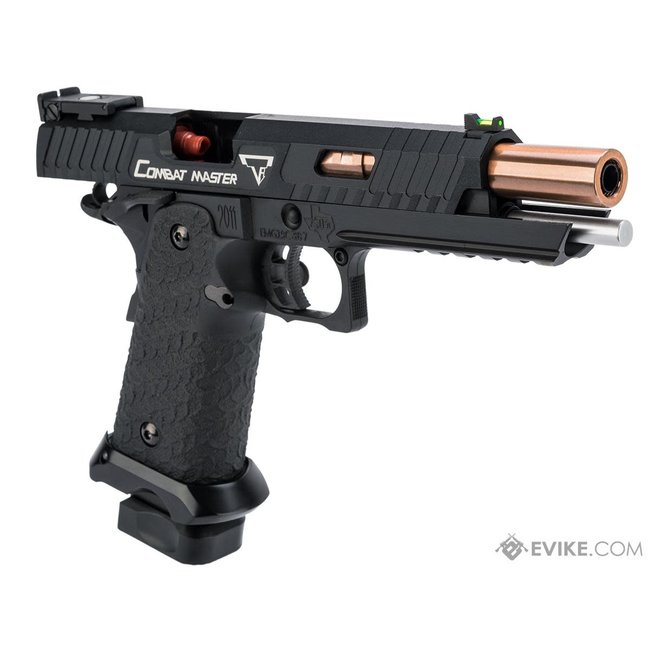 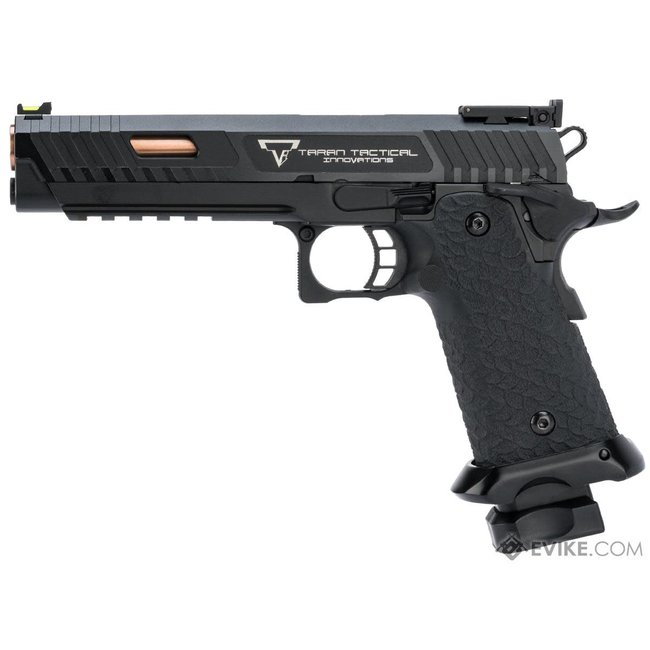 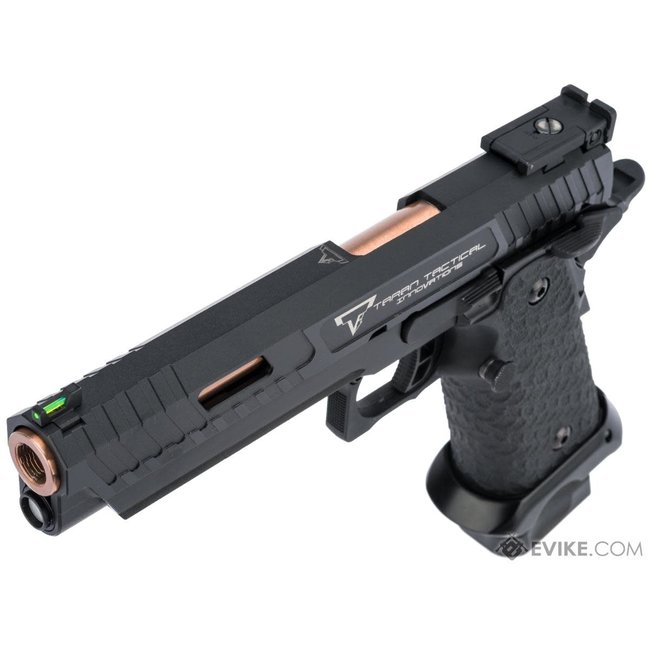 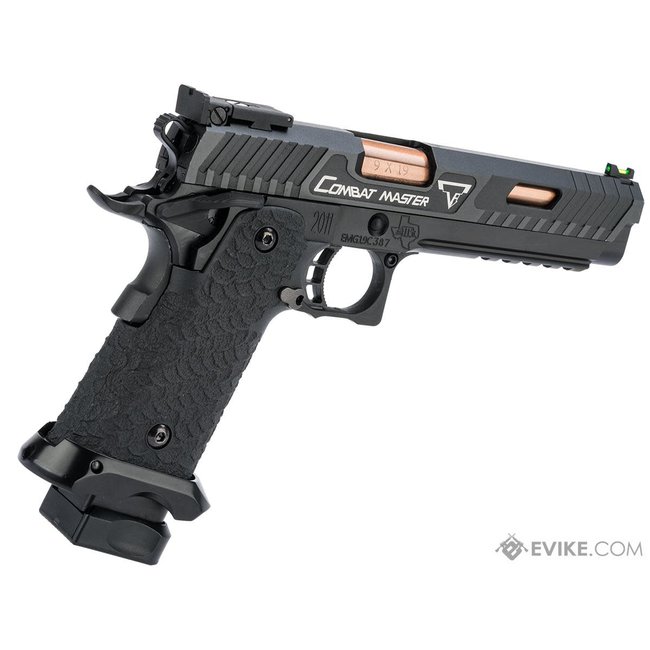 Taran Tactical Innovations is a name synonymous with ultra high performance gun customization and competition inspired accessories. Taran Butler, the founder of Taran Tactical Innovations is a world reknown shooter that has more championship titles across a myriad of competitions than anyone else. An expert with pistols, rifles, and shotguns, Taran Butler holds the title of Grandmaster in both pistol and multi-gun, which further highlights his pedigree in the shooting sports. His expertise as a competitive shooter and as a trainer has given him the insight to spotting crucial areas of improvement for each weapon platform he chooses to run. Each cut, each part tuned, each enhancement made is done with the utmost care and precision with the ultimate goal of becoming faster, more consistent, and more accurate. The miliseconds he buys you on the gun translates to being miles ahead of the competition.

Based in Texas, STI are the pioneers which brought us the 2011® handgun; borrowing much from Browning's classic 1911 design, STI has made various improvements to the weapon to bring it into the modern era of firearms. Some major notable improvements are the custom frame and polymer grips which accepts double stack magazines while at the same time reducing overall weight. Each handgun also incorporates STI's FlaTec™ shooting technology which results in a much lighter felt recoil allowing the shooter to be faster and more accurate when fractions of a second matter most. Whether for competition, duty, or defense STI has a handgun perfectly tailored to the shooter's needs.

The JW3 STI Combat Master is the culmination of the ultimate competition pistol platform combined with master levels of tuning to create a handgun like no other. Wielded by Baba Yaga himself, this is the pistol used by John Wick in the 2019 film John Wick 3: Parabellum.Based on an STI 2011, the JW3 STI Combat Master is expertly crafted with slide lightening cuts to improve the cyclic speed and reduce perceived recoil. The forward swept front and rear slide serrations give a solid purchase for weapon manipulation. The extended magazine release helps with dropping the magazine without breaking your grip for faster reloads. The double undercut trigger guard lets you choke up higher on the gun for better recoil control. The large flared magwell assists with magazine insertion, helping to guide the magazine into the firearm. The grip stippling helps the shooter get a good purchase on the pistol and maintain a solid hold. The tuned trigger has an incredibly light pull and crisp break. The match grade coated barrel offers unmatched accuracy, consistency, and reliability. Other features include a full length, stainless steel guide rod and fiber optic front sight with adjustable target rear sight.

EMG is proud to announce our next collaboration project with STI and TTI to bring highly detailed, high quality training variants of their handguns to Airsoft; we will be working very closely with both companies to ensure this is the most accurate to the real-life counterpart as possible. These handguns are exceptionally crafted to tight tolerances to mimic the look and feel to that of their real life counterparts. Expert technicians pay close attention to details in tuning to make sure the training replica feels as good and is crisp to shoot like the real thing. The trigger is ultra light and fast which compliments well to the quick cycling slide. The polymer grips are molded to resemble STI's DVC Stippling which is an aggressive scallop style cut that are both comfortable and incredibly efficient at helping the shooter maintain a positive grip.

Manufacturer: EMG Under License by TTI 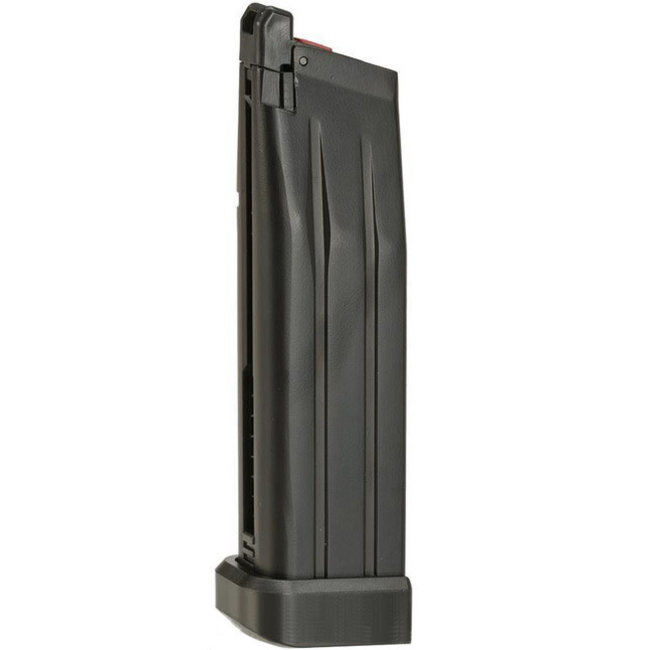