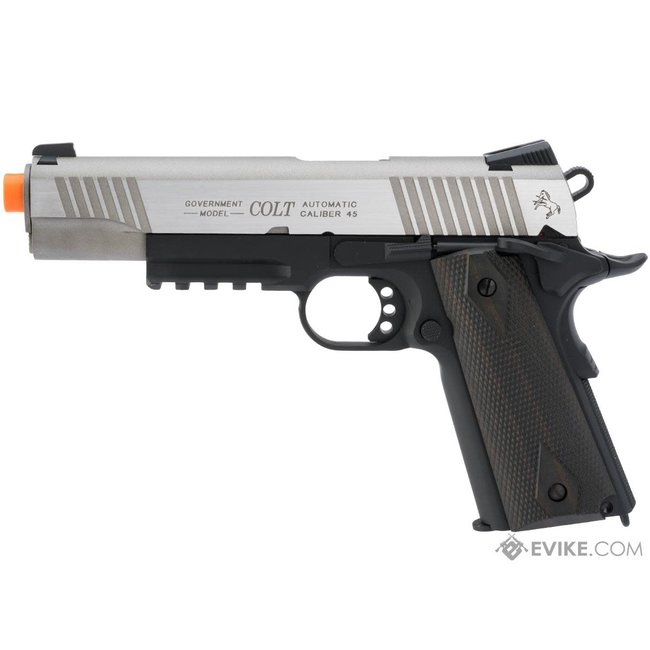 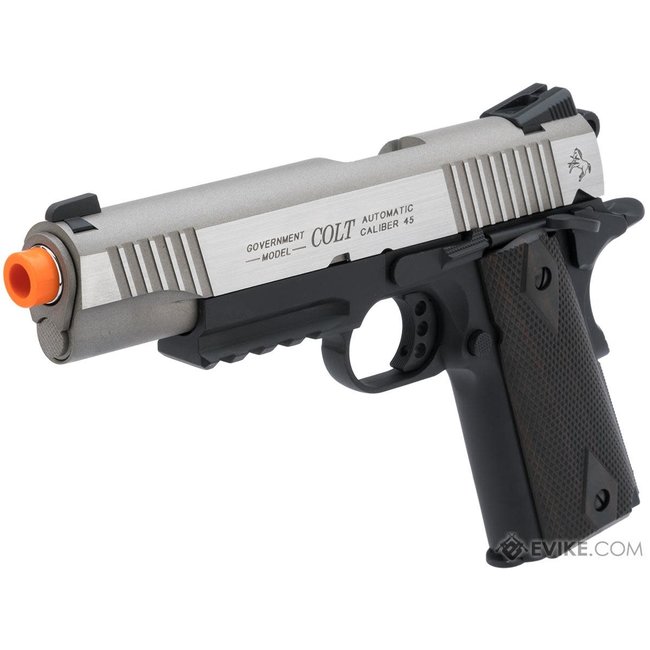 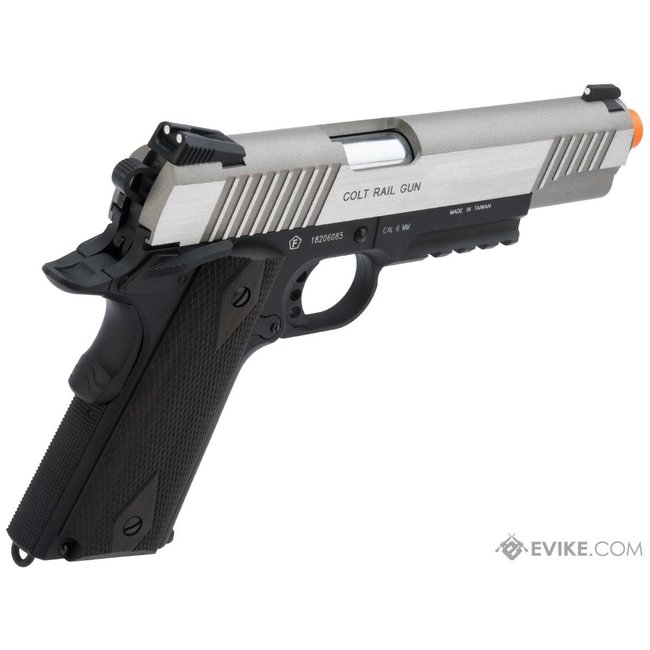 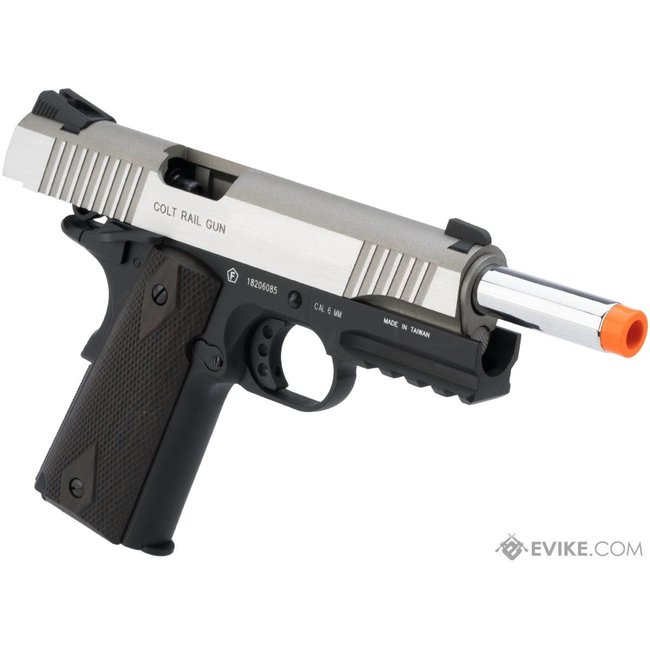 For over 100 years, the Colt 1911 has been Americas handgun. Simple, rugged, reliable and timeless. The Colt 1911 was born from conflict and quickly became the tool that American servicemen, peace officers and citizens came to stake their lives upon. When the chips were down, you knew you could trust your 1911 to make sure you came out on top. Even now the 1911 is the longest running military sidearm in the world, adopted in 1911, before the United States entered the Great War, and serving faithfully from the trenches of France, the Jungles of the Pacific, the Rice paddies of Vietnam and still today, in the hands of some of Americas most elite fighting units. The Colt Rail Gun is the most current iteration of the 1911s family tree featuring updated features such as skeletonized triggers, bobbed, commander style hammers and combat sights. The most important upgrade is the rail, milled directly into the frame and set to take most standard 20mm accessories, the Rail Gun is the first Colt manufactured 1911 to feature a tactical rail, bringing it firmly into the 21st century.