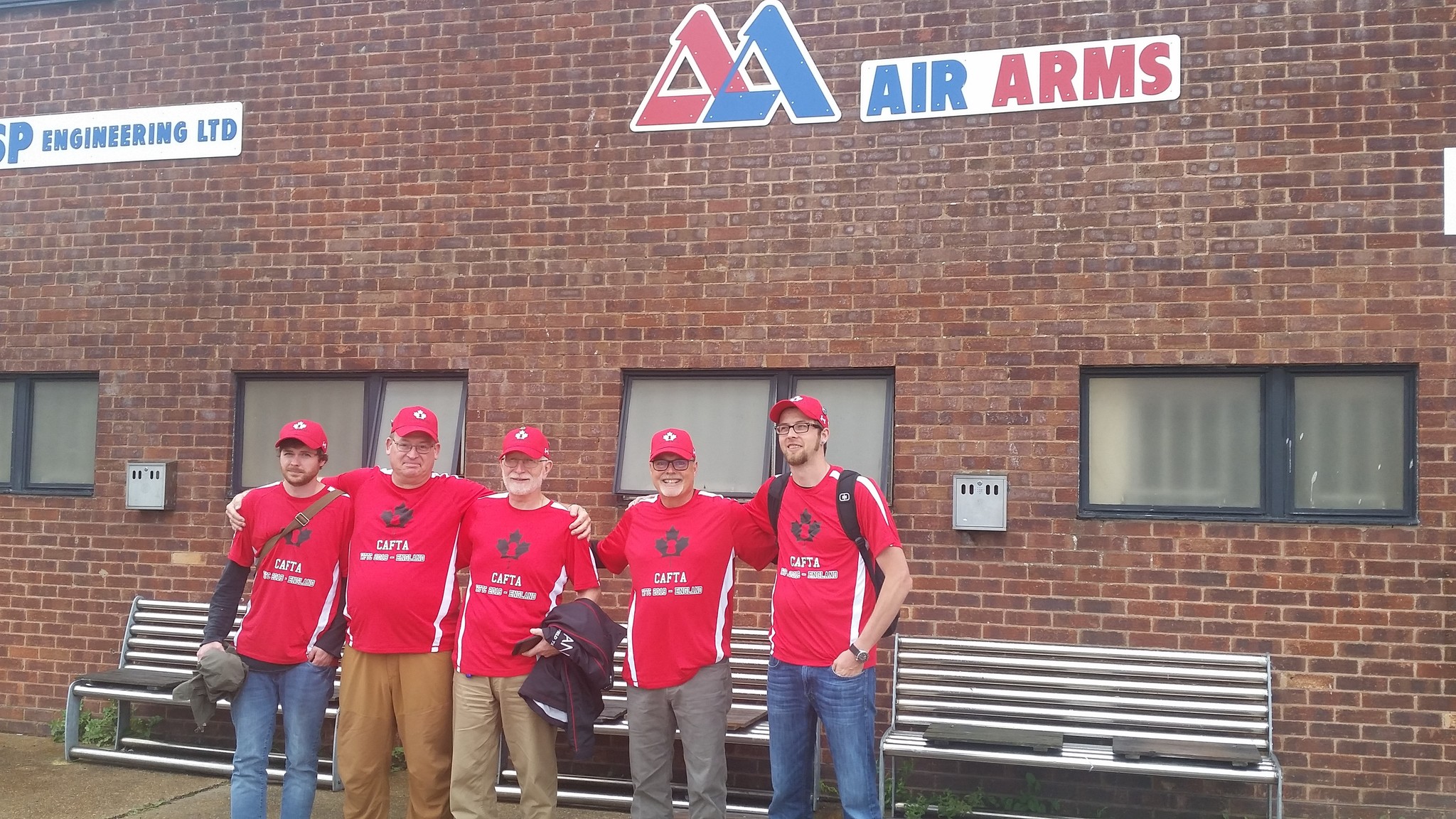 Hello from the Canadian Springer FT team!  We’ve just got back from one of our most successful adventures at the world level.

The highlights include Joel Goodwin finishing 5th overall after a very suspenseful and exciting three way shoot out and the team finishing only 18 points off third place and 25 points out of second.  We’re feeling like good progress has been made as this was the toughest competition and the largest WFTC ever!

Diving deeper into the experience, we all had a heck of a time.  It started with a 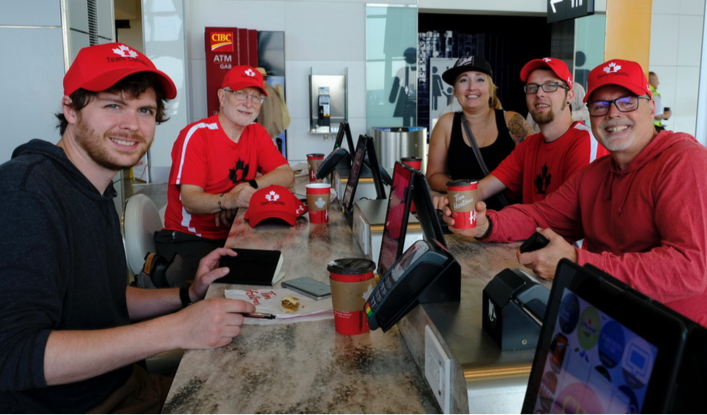 smooth flight from Pearson to Heathrow on August 2nd.  We landed about 9:00 PM London time and prepared ourselves for the ordeal of customs.  We were pleasantly surprised by new electronic entry points, so our planned 1.5 to 2-hour line was reduced to 15 minutes!  Wonderful!  We had a quick pint and hit the beds.

The next morning Heather Blain and Jeff Hemming headed over to the car rental outlet and picked up our transport – a Hyundai i800. It was big, long and, mostly importantly, able to fit six of us and all our gear – just! After a few practice loops around the airport Jeff got the hang of the roads and only managed three horn blasts, two middle fingers and one near miss with a bus – a solid start.

We arrived in Balsall Commons at the Premier Inn early Saturday afternoon. We spent the day catching up with the time change and connecting with some of the Welsh, Norwegian and US teams that had already arrived.

Sunday started with some site seeing in nearby Birmingham followed by a practice session at the Blackbrook range. It was an outstanding venue with three separate FT ranges and a 200 yard ‘plinking range’! The craziest part was they had worked out the hold over for hitting golf balls – 16’ 2” with a 11.5 f/lb rifle... wow!

Monday was a special day for us – we took a bus down to the AirArms factory where we got the full run of the production and assembly areas! It was fascinating to see the CNC machines they used. Even more amazing was their attention to details, details that most of us never realized were considered. One of the most unique things was each assembly station has its own chronograph. Every gun that goes out is tested to ensure it shoots the speeds that it is rated to shoot. AirArms really does go above and beyond in their quality and commitment to making excellent air guns. 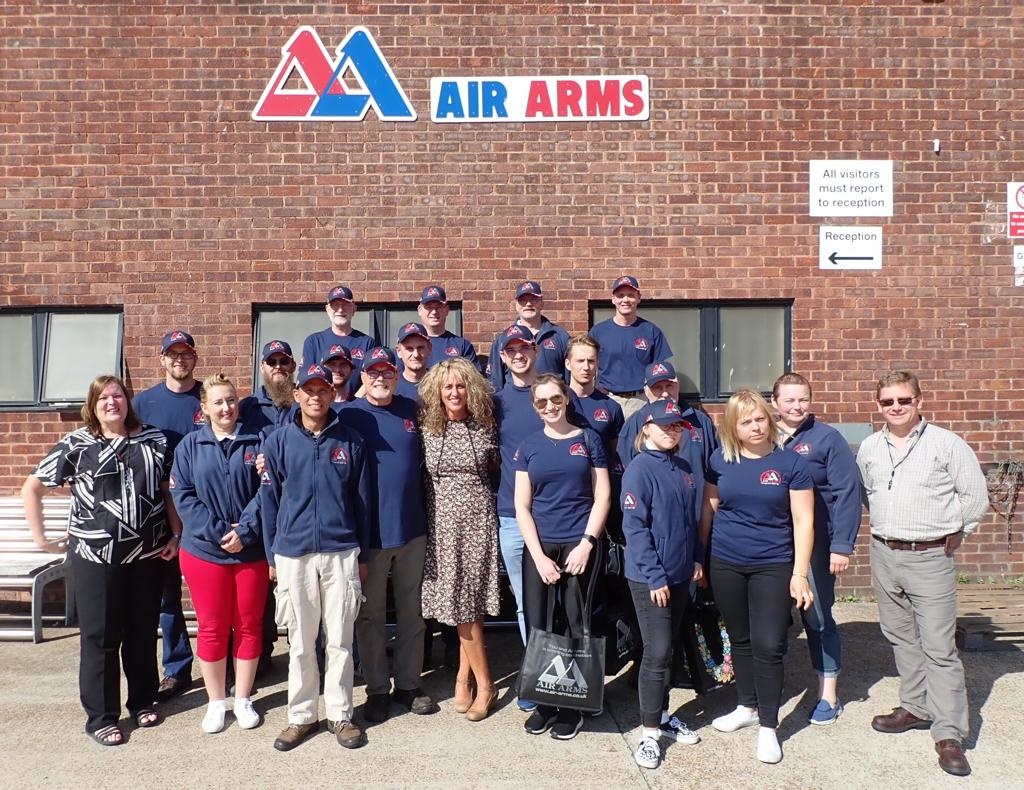 Tuesday Jeff, Joel and Tim attended the WFTF Marshalling and Course design sessions where we got to see how the rules are being interpreted by other countries. It was great to participate in the conversation and share our enthusiasm for helping build global consistency in the FT rules. The biggest take away is that the rules are designed to have gaps and that the core ideas are FT must be fair, consistent and promote sportsmanship for everyone at a match.

Wednesday things kicked up a notch as we went through registration and gear check. It was all quite straight forward. Once done we got to see the practice range for the first time. It was huge! A full 200 m long by over a 100 m across. Lots of room and very open... meaning we got to experience the wind! It generally was blowing at 20 kph though by Saturday in had cranked up to over 60 kph!

Thursday dawned and we were all keen to get out on the course. Then is started to rain... fortunately it stopped before the first session and the wind died down. So much so that we saw some outstanding scores – there were two cleared courses on the PCP side and Joel came away with the high springer score – 45/50. Amazing shooting Joel! Tim shot a very respectable 33/50 in the same session. George, Zach and Jeff shot in the afternoon session and help up some descent scores with George having the second highest Canadian score at 35/50. It was a quiet evening as everyone was focused on the next day

Friday arrived dark and rainy. By rainy it was teaming down until about 30 minutes before the first session. Fortunately it stopped. Still, it was slick and dark all day. Made from some challenging shooting, particularly on the ‘black’ lanes. After the first few shooters the hit zones had lost their yellow colouring, so the shooters were looking at dark grey on black... definitely a workout for the scopes. Joel finished with a strong score followed by George, Tim and Zach. The wheels fell off for Jeff. He experienced a huge zero shift and spend the day chasing. Good news is it was sorted after some time on the practice range though it was game over by then. The evening was even quieter as everyone was focusing for the final day.

Saturday dawned with light drizzle and high winds. The drizzle stopped though the winds ramped up to over 60 kph. It made for some wild sound and visual effects as the treetops in the forest where dancing like puppets on strings! Made for some wickedly fun shooting too! Joel continued to the lead the team followed by Tim, Zach, George and Jeff.

The match wrapped up at 6:30 and then the real fun began. The scores were hurriedly tallied, and a number of shoot offs were held. The most significant for Team Canada being Joel’s shoot out – a three-way battle for 3rd. It was intense – the winds were strong and the course challenging as it funneled the wind around the targets... ugh. The fun - for those not shooting - is how evenly match the shooters were. They went through multiple rounds of shooting. In short, it was a sight to see. Big shout out to Joel for handling the entire thing with skill and grace! 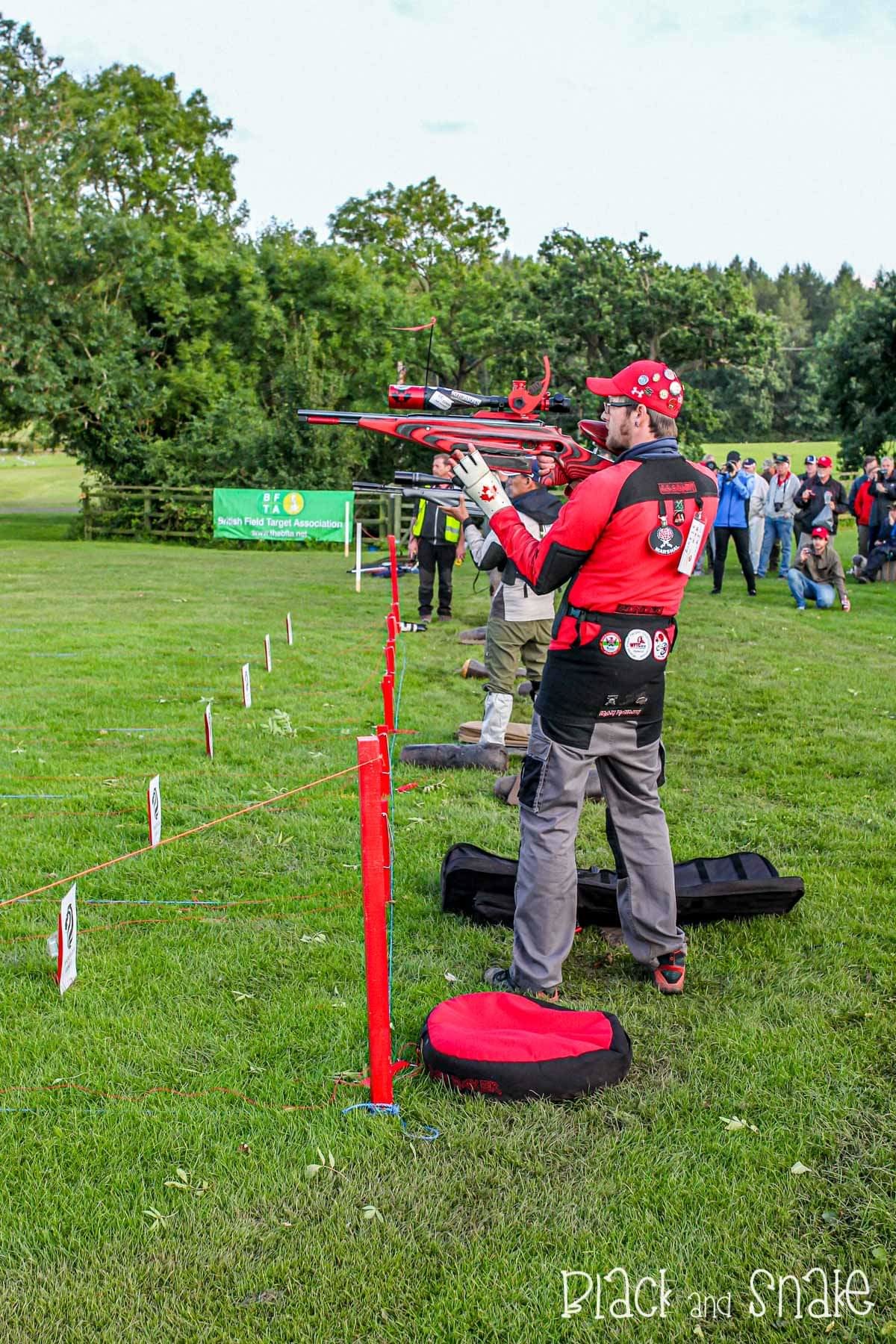 After wards we enjoyed a pig roast sponsored by AirArms and a round of camaraderie to celebrate the past three days.

Sunday dawned clear and we participated in the closing ceremonies. Here South Africa presented their information about next year’s worlds. It was an open, frank and beautiful pitch. Got many rethinking their initial assumptions about attending! Jeff and Joel are definitely looking at going!! 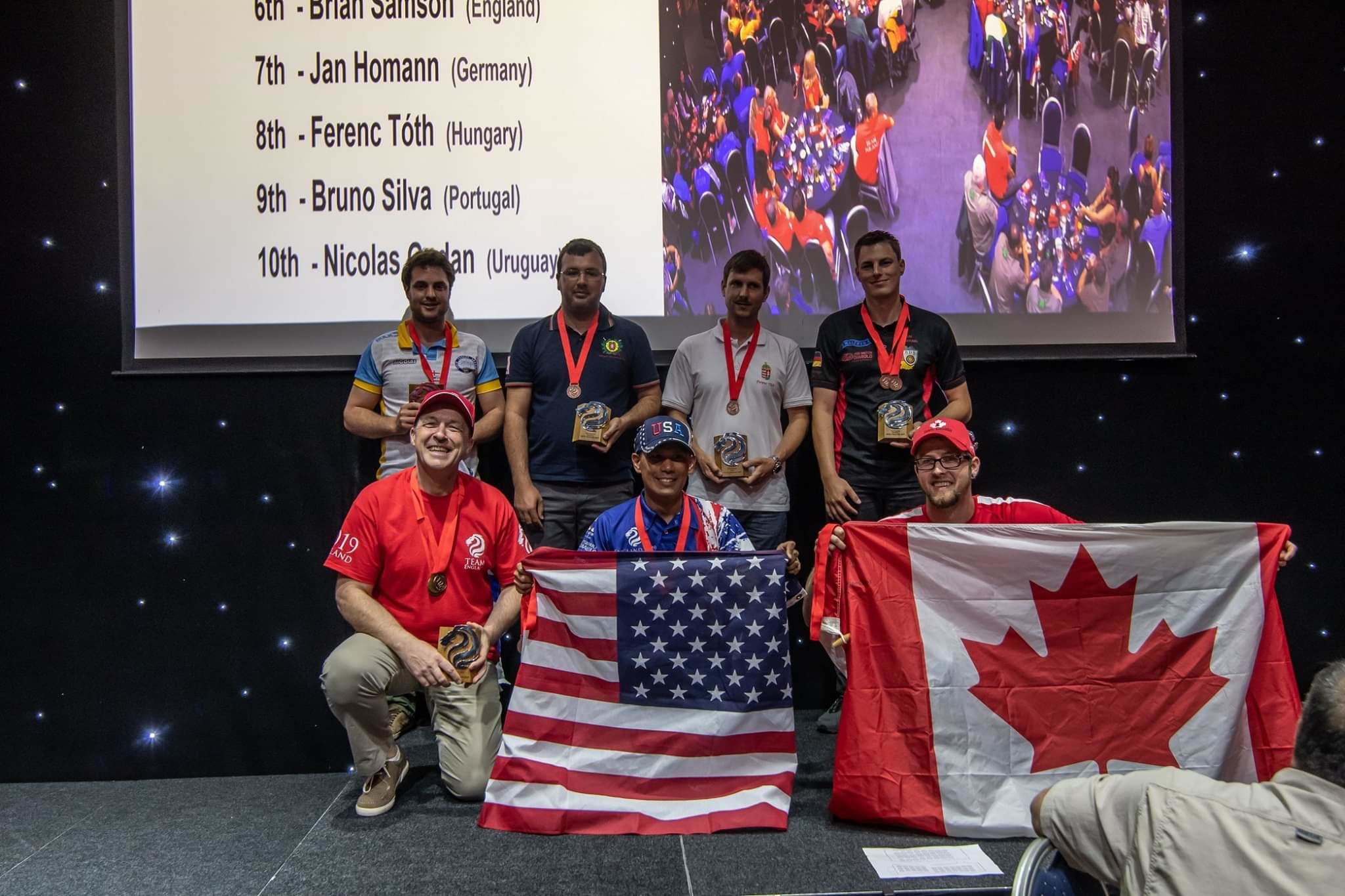 A big shout out to Heather Blain. She’s new to FT and came to England to learn what all the excitement is about. She was a great member of the group – spending each day on the line, cheering for Joel, talking to folks and generally absorbing the FT vibe. Kudos Heather, thanks for all that you did!

Another year is in the books with Team Canada having made a big and positive impact. Thanks to all who attended for Canada – George Harde, Heather Blain, Jeff Hemming, Joel Goodwin, Robbie Stewart, Tim MacSweyn and Zach Harde! 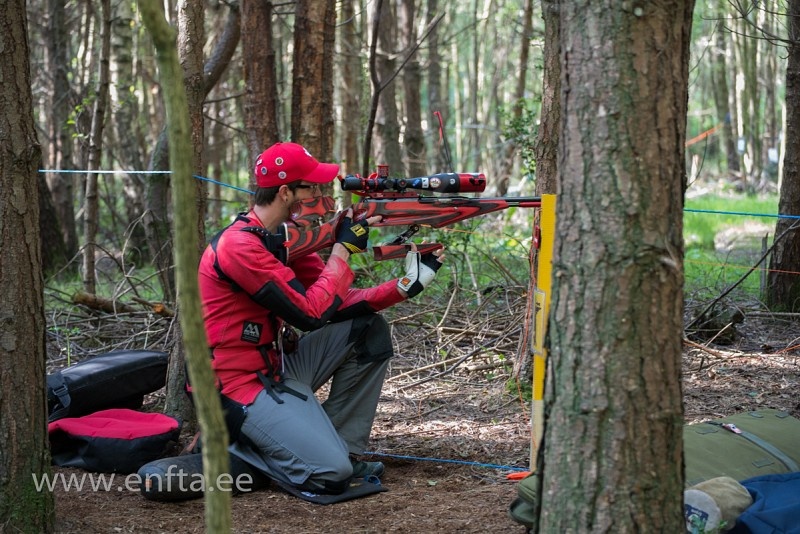 Travis
Many were using the Air Arms TX200 rifles and I thing one Weihrauch
Bob
What rifles did the Canadian team use?